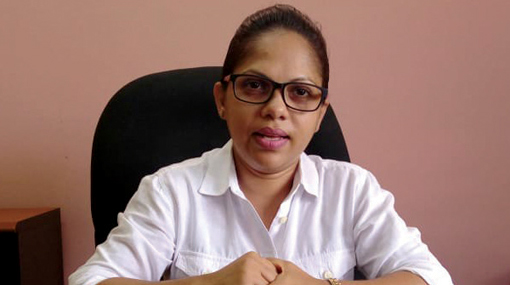 Among the powers conferred on the Executive of the country, the authority to implement the death penalty is extremely threatening, the Acting Executive Director of CHR Surangi Ariyawansa said was cited in a press release issued by the centre.

She has stated this during a workshop held with the volunteer human rights activists at the CHR office in Rajagiriya.

Ariyawansa pointed out that the legislature has the jurisdiction to limit the powers of the Executive to implement the death penalty. This power vested with the Executive can be revoked by the majority consent of the Parliament, she added.

Sri Lanka has been internationally acknowledged for not enforcing capital punishment since 1976 and Sri Lanka has already voted in favour of a resolution brought forth by the United Nations in 2016, the release further said.

The CHR Acting Executive Director emphasized that the decision taken to reintroduce the death penalty, at a time in which almost all the democratic nations have looked towards its abolishment, is unacceptable.

The release highlights the fact countries like Saudi Arabia impose the death penalty yet have failed to put an end to the crimes taking place states.

The CHR says implementing the death penalty is a decision that takes the society backwards from civilization to barbarism.

Child abuse and drug menace are severe social issues, however, imposing the death penalty is not a solution for these, Ariyawansa says.

Disregarding the responsibility to streamline the legal system to wipe out drug trafficking and hanging convicts to death instead cannot resolve the issue, she added.

Ariyawansa says there is no evidence to prove that imposing the death penalty can curb social issues like drug trafficking and this is merely a political decision taken to gain popularity.

At a time when the trust in the judiciary has been diminished, the partiality shown to implement the capital punishment is doubtful and this grant arbitrary powers to the authorities to convict an opponent and impose the death penalty on him, the CHR release said.