Minister of Health Pavithra Wanniarachchi has appointed a committee to look into the matter, the Health Ministry said in a press release. 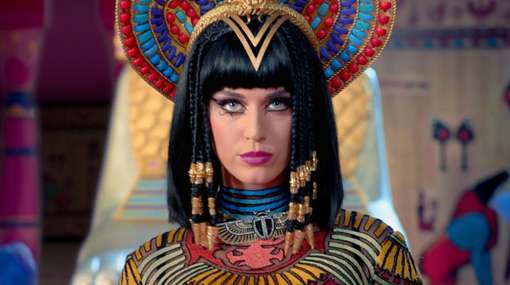 Katy Perry and her producing partners have to pay up in a copyright infringement case over her 2013 song “Dark Horse.”

A federal jury in Los Angeles on Thursday decided that the group must pay nearly $2.8 million in damages to Flame, whose real name is Marcus Gray because they determined parts of “Dark Horse” closely resembled “Joyful Noise,” a Christian rap song of Gray’s from 2008.

The jury determined that 22.5% of the profits from “Dark Horse” were owed to “Joyful Noise.”

Perry, listed in the verdict as Kathryn Elizabeth Hudson, made almost $2.5 million in profits from the song, according to court filings in the case.

Perry’s attorneys argued, in part, that the portion in question was too common and brief to be protected by copyright, Rolling Stone reported. Flame argued that “Dark Horse” infringed on his copyright by using an underlying beat from his song without permission, according to court filings.

The case joins a growing list of high-profile copyright battles in the music industry in recent years. The family of Marvin Gaye, who died in 1984, went after Robin Thicke along with Pharrell Williams and rapper T.I., the collaborators on the smash-hit 2013 single “Blurred Lines.”

T.I was cleared from the suit, but Thicke and Williams were ordered in 2015 to pay Gaye’s estate more than $7 million on the grounds that their song infringed on Gaye’s 1977 hit. That judgment was reduced to $5.3 million and the pair appealed the verdict.
Last year the five-year court battle ended with Gaye’s family being awarded a final judgment of nearly $5 million.

My first introduction to Bertolt Brecht was through the Sinhala adaptation of his play “Caucasian Chalk Circle” by renowned, respected and award winning Sinhala playwright and producer, late Henry Jayasena.

That was way back in 1970. I was once again invited to sit in the audience to watch the same play when “Janakaraliya” a very versatile, multi-ethnic, multi-cultural young group of performing artistes led by reputed, award winning creative artiste Parakrama Niriella, reproduced “Caucasian Chalk Circle” in Sinhala. That was late December, in 2013 before they left for the international drama festival in Kerala. This novel Sinhala version by Janakaraliya was based on Jayasena’s translation of the “Caucasian Chalk Circle”, but given a bit more political flavour.